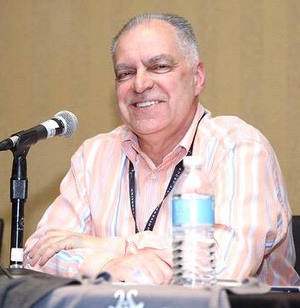 As President of the Jerry Lembo Entertainment Group, Jerry serves as a music business career consultant overseeing radio and social media campaigns, as well as, providing management consultation to independent and aspiring artists.

Jerry Lembo Entertainment Group has been awarded or nominated for over a dozen industry awards and received Gold and Platinum plaques for their efforts in support of Shania Twain, Norah Jones, Lenny Kravitz, and Jason Mraz to name a few.

Jerry's journey began in earnest around 1977 when John Travolta aka Tony Manero was dancing to disco music on Saturday Night Fever. Seeing the opportunity to pursue a career as a nightclub DJ and radio personality, Jerry began to network with industry movers and shakers who asked him to promote their releases to his ever-growing database of fellow club DJs and record pools nationwide. During this era, Jerry established Platinum Promotions and began publishing his influential Lembo Letter. Jerry has recently been inducted into the Legends of Vinyl DJ Hall of Fame.

Jerry is a natural leader, an agent of change with an unquenchable thirst for knowledge who is always willing to take risks and explore uncharted territory. His visionary actions have had a positive influence on both artist development acts and established career musicians. Sagittarius is the sign of the entrepreneur. Their tremendous will power, self-belief, intellect, insight, and enthusiasm are their strengths which help them to persevere to achieve their objectives and toil unrelentingly! Sagittarian Jerry Lembo, born on November 30th, has turned his passion for music into over 40 years of entertainment-related career milestones both as an entrepreneur and as an intrapreneurial corporate executive.

1990-1996: V. P. ADULT CONTEMPORARY PROMOTION
COLUMBIA RECORDS
Managed and directed two national and eighteen local promotion staff members in their efforts to secure and maintain airplay at hundreds of Billboard, Radio and Records, Gavin and Network 40 reporting radio stations. Assisted in the preparation and execution of all marketing related functions including radio and tipsheet advertising, promotion tours, independent promotion, the purchase and distribution of concert tickets and development of creative contests.

1986-1989: LOCAL PROMOTION MANAGER/NEW YORK
COLUMBIA RECORDS
Responsible for setting up, initiating and maintenance of multi-format airplay at New York/New Jersey metro area radio stations. Participated in the creation and execution of promotion and marketing plans in support of the regional branch sales office.